Posted on January 26, 2011 by 16incheswestofpeoria

The most important attribute of any bicycle is its color. There are those who will disagree with me, and I will shortly disagree with myself, but for now, believe me, color is more important than quality, durability, suitability—any of the itties, really. 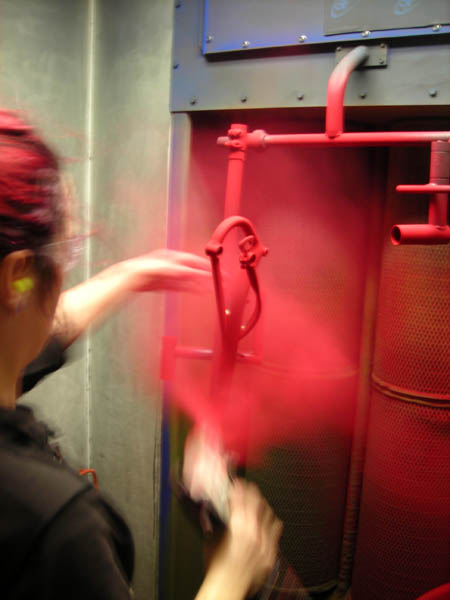 For instance, my first “real” racing bike was a Motobecane Team Champion, supposedly just like the one ridden in the Tour de France by the great Spaniard Luis Ocaña. Over the years, it became one of several bicycles, including a mid-’50s Peoria King, a late-’60s four-speed Peugeot and an early-’80s Trek 720, that I wished I could own and ride again. And for a pretty simple reason.

The Team Champion was the best bicycle I’ve ever owned.

Not because it fit (it was too big); not because of the quality of the components (I switched out the Campy rear derailleur for a slant-pantagraph SunTour); not because it was French (complete with English frame tubing and Italian components); and not because I scored my only career bicycle racing win on it (that honor fell to a Guerciotti that fit me perfectly).

It was the best bicycle because it was screaming, freaking ORANGE. Orange was the color of freedom. Orange paint didn’t simply keep the steel frame from oxidizing; it told the bicycle it was a fast, mean machine. It divided headwinds and caused them to them pass on either side of me. It flattened hills. It reduced gravity.

I was just along for the ride. And what a ride it was.

Monsters rode this bicycle. Women—beautiful women I didn’t know and never saw—swooned, somewhere; I’m sure of it. I myself was four inches taller and 15 pounds lighter when I rode it (and that much shorter and fatter when I dismounted). Attention was paid. I paid attention. The time the bike fell over in the hall with nobody around? Of course. It was…the orange.

So why didn’t I have my Bike Friday tikit painted Enno Orange?

I could tell you that no powdercoated paint, regardless of its environmental friendliness, could match the enameled beauty of the Team Champion. That part of the Team’s unmatched appeal was the dynamic but graphically restrained beauty of the painted brand and model names (no decals). That no orange pretender could take the place of the original. I could tell you all that and you would believe it, having no cause to think otherwise. But there’s a simpler explanation.

And therein is revealed the price of my middle-aged soul. I know, I know. Believe me. I know.

5 Responses to Becoming a bicycle, part 3