The empire trikes back. Reviving the Paisley tricycle

Posted on November 18, 2012 by 16incheswestofpeoria 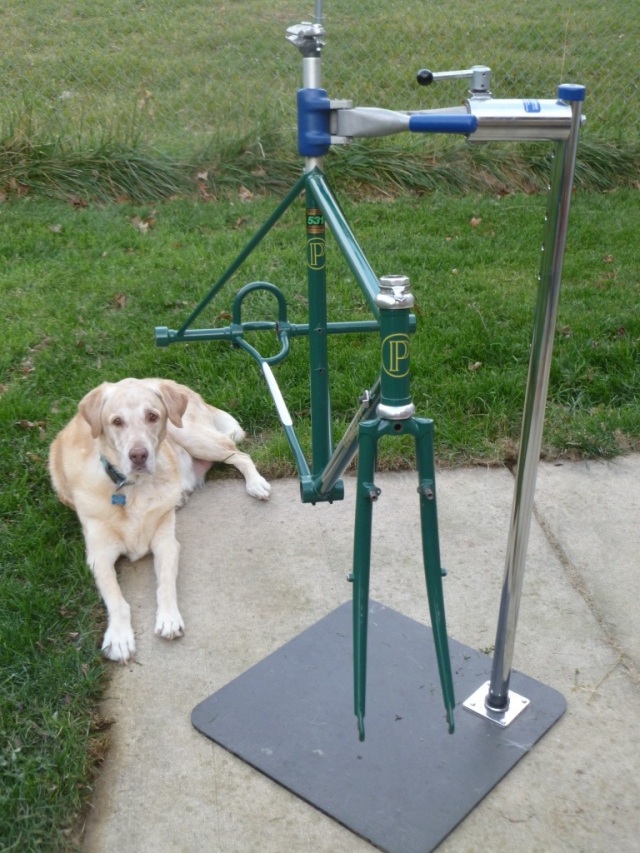 There are at least two different kinds of Star Wars fans: people who understand the inherent necessity of shutting down the garbage smashers on the detention level and people who wonder why the Death Star has so few handrails.

This machine is for the latter group. It’s a tricycle: an inherently stable land-based vehicle. A tricycle is at peace with gravity. It makes sense–the same way handrails make sense.

Despite its similarity to the bicycle, you don’t have to learn much to ride a tricycle unless, strangely enough, you know how to ride a bicycle.

(A bicycle is a truly bizarre creation: a mode of transportation that’s always falling to one side or the other, remaining upright only because its operator is always initiating a fall in the opposite direction.)

If you don’t know how to ride a bicycle, you get onto a tricycle and start pedaling. When you want to turn, you turn the handlebars. If you’re going faster than a few miles per hour, you learn to shift your body weight to the inside of the turn to keep all three wheels on the ground. Simple.

If, on the other hand, you understand how to ride a bicycle, you get onto a tricycle and start pedaling. Then you notice the tricycle has a mind of its own; on a cambered road, it wants to turn to the right (to the left in England, source of this machine’s rear half axles and axle housing).

To counteract the turn, you lean your upper torso to the left (to the right in England). This, of course, has no effect on the trajectory of the tricycle. So you lean more, with no more control over the trike than before, and finally come to a halt, having either ridden into the curb or landed in the ditch.

There aren’t a lot of lightweight upright tricycles like this in the United States. Most of them are found in Great Britain. This one was built with a British Higgens rear end in Ohio. The decals and most of the paint are in great shape. I haven’t ridden this trike in 10 years, but now that I’ve had the thread ends of the half axles restored, it’s time to get it back on the road, just in time for ice season.

One machine, six bottom bracket cups (eventually): two in the usual place, holding the crank bearings, and four in the back, supporting two half axles. The freewheel will connect to an axle running through the part of the frame closest to the camera. (The other, shorter, axle has a blind end.) It’s a one-wheel-drive design perfect for use in Great Britain. Unfortunately, in central Illinois, you get some wheel spin climbing wet hills because riding on our side of the road tends to unweight the driven wheel. 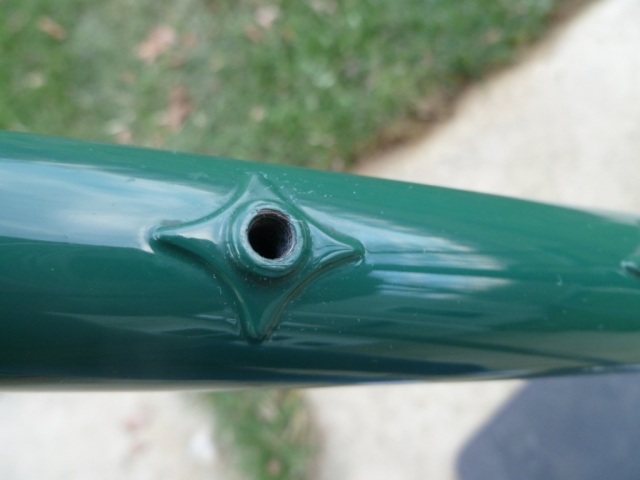 Investment-cast fork crown. Cantilever brake braze-ons. This tricycle has two brakes, both of which operate on the front rim: a cantilever in front of the fork and a low-profile side pull brake that tucks in behind the fork.

The worst of the rust is found under the bottom bracket. And my initials could stand a bit of clean-up as well.

Former bicycle mechanic, current peruser of books, feeder of birds.
View all posts by 16incheswestofpeoria →
This entry was posted in Other bicycles and tagged Paisley tricycle. Bookmark the permalink.

5 Responses to The empire trikes back. Reviving the Paisley tricycle