50 years of Chicago’s Lakefront Trail. Plus, Keener dives into the melange 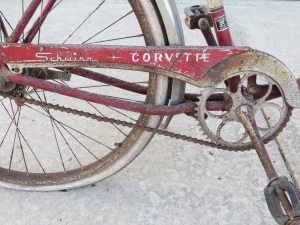 Steve Buchtel notes the 50th anniversary of the Chicago Lakefront Trail and contends that trails, instead of segregating people on bicycles, increase demand for bicycle-friendly connections throughout communities, both on-road and off. If you have a trail in your area, do you agree? (Trails for Illinois)

In 2012, Trails for Illinois used electronic counters and volunteer survey teams to learn more about the people who use trails in the state. This two-part methodology can capture a lot of information. Here, the pleasantly artistic Echo Rivera discusses some of the benefits of combining automated and human-based surveying. Spoiler alert: Venn diagram ahead. (Echo in the City)

If you live at the intersection of coffee and worn-out bicycle parts, isn’t it time to treat yourself to a coaster break? (BikeHacks)

Heck, I’ll say it: reading Hop in the Saddle may be the next best thing to bicycling and drinking craft beer in Portland, Oregon, after, of course, bicycling and drinking craft beer 16 inches west of Peoria. (I am, after all, located at the bottom of the latter gravity well.) But here’s something I didn’t know: At one time, Hop was on Powell’s Books’ top 20 non-fiction list. Woo-hoo! (Powell’s Books)

Taiwanese-based Giant has 2,500 dealers in China. The company says the rise in Chinese living standards is leading to demand for higher-quality bicycles. (Bicycle Retailer)

2 Responses to 50 years of Chicago’s Lakefront Trail. Plus, Keener dives into the melange