Baby, you can tax my car (but my bicycle, really?)

Posted on September 12, 2013 by 16incheswestofpeoria 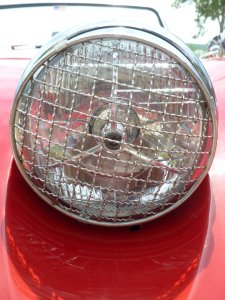 The local street and road network in the United States is supported by general taxes, like property taxes, as well as gas taxes. Thus, the relatively few adults who walk and/or ride bicycles but don’t drive cars still pay for roads. Even people who rent, rather than own, their living quarters help pay for the right of way because their landlords pay property taxes, at least in part, with rental income.

Let’s set aside the explicit belief here that the use of a bicycle–a non-polluting transportation resource for everyone, including those too young or old to drive–should be subject to a specific tax. That kind of thinking is just a pedal stroke away from George Harrison’s claim that the British government wanted nothing less than to tax his feet.

What’s more interesting is that, with some exceptions, state gas taxes may not be that big a burden for the average person who drives, mainly because rates haven’t increased in years. Mind you, this isn’t a plea to raise gas taxes; it hasn’t escaped me that Missouri has pretty nice roads despite significantly lower gas and property taxes than Illinois.

But still, not that big a burden? According to the “director of the state and local policy program at the University of Minnesota’s Humphrey Institute and an expert on transportation funding,” the average driver in Minnesota, using a 21-mpg vehicle to travel 15,000 miles a year, pays $203 to access state roads.

It may be an apples-to-oranges comparison and some may claim that, well, not buying gas just isn’t an option, but $203 is quite a bit less than $840 for that same Minnesotan to access cable television or $852 to use a cellphone.

So, today’s question: are those fair comparisons to make? (MinnPost)

2 Responses to Baby, you can tax my car (but my bicycle, really?)