Posted on January 10, 2014 by 16incheswestofpeoria 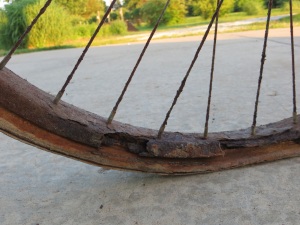 Mark your calendar today for the third annual Illinois Bicycle Summit to be held in Champaign on Tuesday, April 15.

One word provides a world of insight into the ugly side of U.S. surface transportation in the 21st century: stroad. Sarah Goodyear provides a short introduction to the term and the engineer who pushed the words street and road together to discuss designs that do the same thing: Chuck Marohn. (Atlantic Cities)

“Removing snow and ice should be thought of as a community responsibility that covers the entire public right-of-way,” say the authors of a pedestrian facilities maintenance guide published by the Federal Highway Administration. Other links on the topic here. (Smart Growth America)

“Earlier this week, New York City Mayor Bill de Blasio named Polly Trottenberg to head the city’s Department of Transportation. Trottenberg will be leaving her post as US DOT Under Secretary for Policy. While designing the TIGER program, Trottenberg did something extraordinary when she broke down silos across agencies to ensure the program funded much needed multi-modal projects — and oversaw the creation of a cost-benefit analysis that takes into account the benefits of biking, walking and transit to a community.” (League of American Bicyclists)

Interested in bicycle advocacy in Illinois? Be sure to add Getting Around Illinois to your reading list. Here’s what the Illinois Department of Transportation has to say about its site: “Getting Around Illinois is a web-based interactive mapping site that provides the ability to search and display several sources of transportation data. You can find information on winter road conditions, annual average daily traffic, road construction, trucking routes, and planned road projects.” I spent a lot of time just looking at traffic counts inside Peoria. Be sure to zoom in to the map for street-level data. (Getting Around Illinois)

Minneapolis may have a lot to learn from Seattle’s progress in improving its bicycle network, but advocates everywhere could benefit greatly by adopting the four-part strategy outlined in this article that reminds readers, “Building world-class bike infrastructure is just as much about possibilities as it is about problems.” (Bikeways for Everyone)

Detroit has a remarkably good bicycle story to tell, including expanded infrastructure and a summer Slow Ride event that’s jumped from 10 people to 1,600 in just three years. (The Bicycle Story)

The mayor of Brussels wants to turn the center of town back to pedestrians. According to The Atlantic Cities, Brussels has been “scorned by the French as a ‘sewer for cars.’” (Atlantic Cities)

2 Responses to Say yes to April’s Illinois Bicycle Summit. Say no to stroad