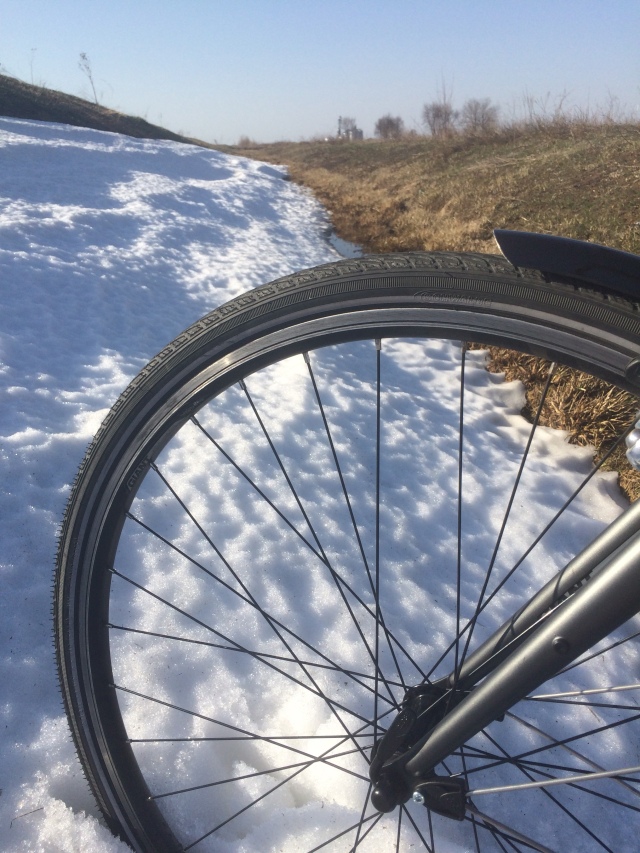 First ride of the year in bibs. Mid ’50s in the morning. (With winds southwest at 14 mph, but I’m not here to brag about drilling through the wind at my usual 25 mph pace. Or 20. Or 13. Or whatever sorry speed I was going–did I say it was frickin’ windy?)

Anyway, with the thermometer promising to cross 70 degrees later in the day, I thought I needed to stop to take a picture of the snow in a ditch running parallel to the Union Pacific line north of Edelstein.

You know, last snow of the season and all–unless I’m wrong.

First mistake, approaching the snow. The ditch was soggy.

But I quick-stepped onto the snow to line up the shot.

Second mistake, assuming the firm crust of old-fallen snow represented the condition of the entire pile.

About the same time I pressed the shutter, I dropped about three feet. The last foot was water and mud.

Which is why I’m here to praise wool socks. My feet were soaked but not freezing. Sheep must be the most comfortable critters in creation.

Of course if I were as smart as the sheep the wool came from, I would have remained high and dry.

If a little windblown. 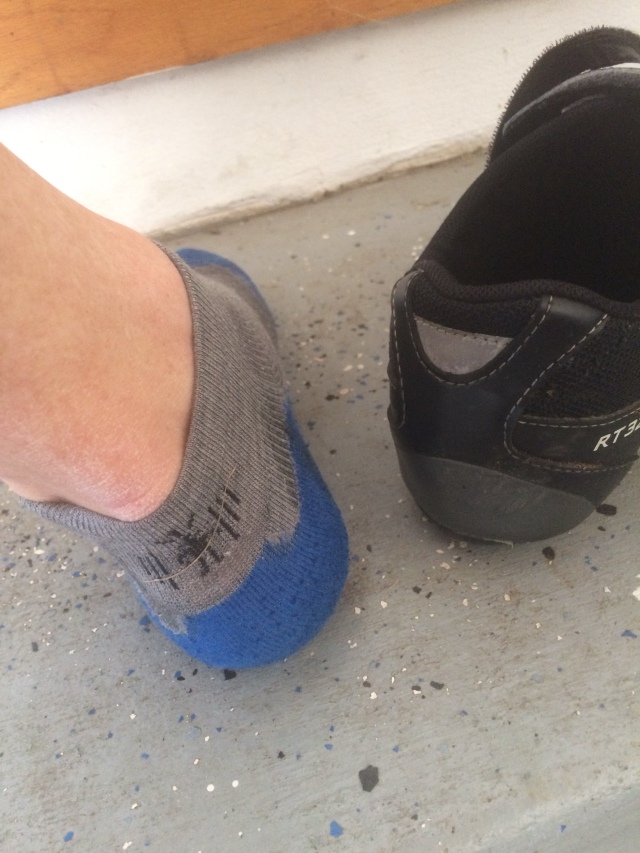 Former bicycle mechanic, current peruser of books, feeder of birds.
View all posts by 16incheswestofpeoria →
This entry was posted in #30daysofbiking, Giant, Report from the road and tagged April, snow, wool socks. Bookmark the permalink.