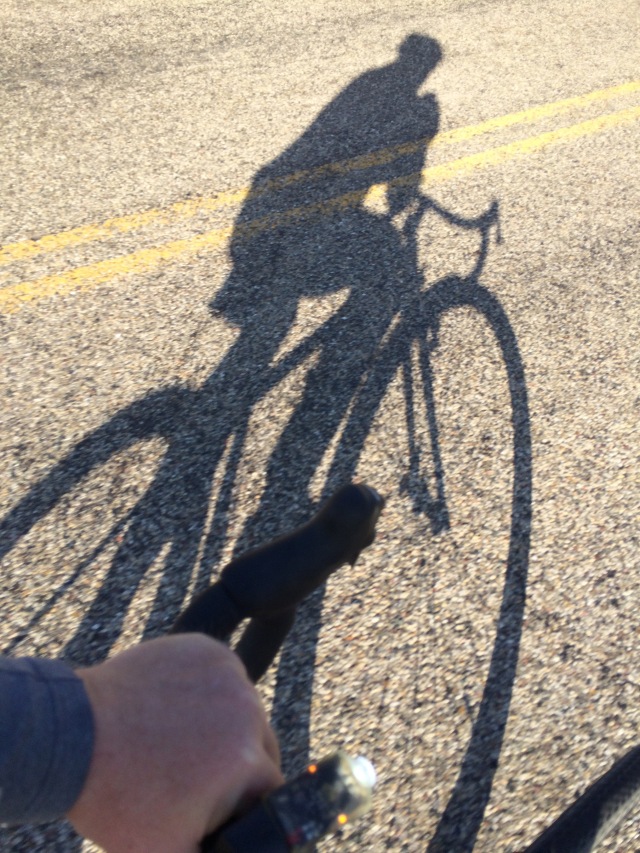 Are you a spectator or a participant? Spectators watch the action. Participants are the action.

Before you say participant, because that’s what people who ride bicycles are, participants in their own movement through time and space, consider what the two groups have in common.

Both spectators and participants can be entertained, dismayed, diverted, enthralled or educated by the activities they follow.

Cooking spectators know how the turducken is brought into existence. Some of them like to say the word, turducken, even if they never prepare that entrée. (However, it’s a question whether they would turn their TVs to the Cooking Channel for a spirited discussion of engastration.) They learn what a turducken is from being a spectator. If they are vegetarians, they may be dismayed by their new-found knowledge.

Sailing participants know the dangers of jibing. A change in direction causes the sail (and the heavy boom at the bottom of the sail)  to cross the boat. If you’re standing when this happens, you become a boat yourself, albeit an unwilling one. Participants learn about the jibe from the people they sail with. They are part of the action when they duck. (People who do not learn of the jibe may soon become neither spectators nor participants, but a third category all together.)

All of this brings me to the final day of 30 Days of Biking, and my own status as both participant (climbing Blue Ridge, gearing higher as I reach the top) and spectator (taking a picture on the upper flat as proof of participation).

Participation lasts the entire ride, turning the bike into the wind, out of the wind, making decisions that keep the bike upright, moving around the handlebars to rest the hands and neck, ducking to increase speed down Streitmatter Road (only 37 miles per hour today; the day I didn’t pay attention to the descent, I hit 47 mph–thanks for the info, Strava).

I was a spectator for only a moment. It was a moment I could have easily skipped, too.

Anyone could have been a spectator of my ride, including the wild turkey crossing Santa Fe, the pair of deer deciding not to cross Blue Ridge, the horses across from the house with the lake, the half-dozen solo commuters in their amazingly large diesel pickups.

But, since I was alone on this bicycle ride, only I could participate, feel my knees creak in the early cold, strengthen under the sun and finally flex smoothly with the tailwind.

And maybe, just maybe, why it’s worth taking a pass on the turducken.

Former bicycle mechanic, current peruser of books, feeder of birds.
View all posts by 16incheswestofpeoria →
This entry was posted in #30daysofbiking, Off topic and tagged Cooking Channel, sailing, turducken. Bookmark the permalink.