Posted on October 1, 2013 by 16incheswestofpeoria 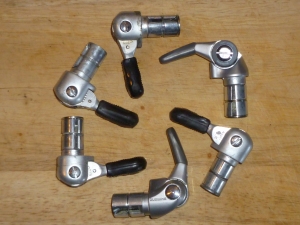 Planning for success. The Indy Greenways Foundation, founded in 1991, has announced its 2012-2023 master plan for the Indianapolis greenway system. If you don’t have time to read all 102 pages, Scott Russell says skip to page 66 for the recommendations. “It’s hard to guess how this plan proceeds in terms of funding and construction, but it’s an exciting plan regardless of the hurdles ahead.” (Urban Indy)

Picture this. Isn’t it about time you took a look at the Indianapolis Cultural Trail? Click for a book store suggestion and news of a nearby brewery. (Somewhere or Bust)

Start spreading the news. The New York bicycle sharing program has got plenty of media attention, but it wasn’t the first one in a major U.S. city. Capital Bikeshare in Washington D.C. recorded four million rides as New York was installing its new stations. (Washington Post Magazine)

It’s getting easier to be Green. The number of protected bikeways doubled in 2012, according to the Green Lane Project, which was formed by Bikes Belong (now called PeopleForBikes) to guide six U.S. cities–Austin, Chicago, Memphis, San Francisco and Washington, D.C.–through the adoption process. The organization will soon take applications from others interested in becoming Green Lane Project cities. (BikePortland)