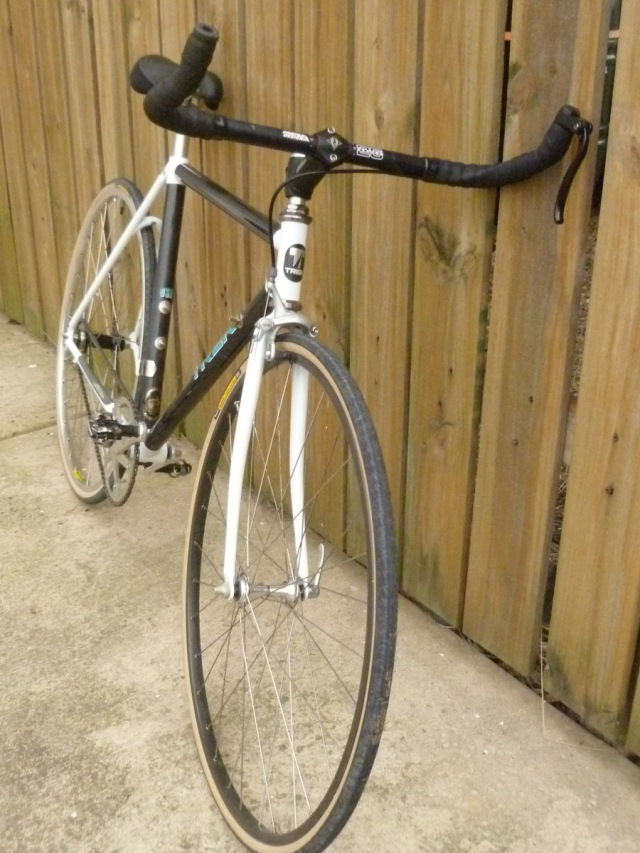 This has been a fairly busy winter in the basement workshop. I built up a Schwinn Sports Tourer that belonged to an old riding buddy from 30 years ago; put my Paisley tricycle back together, after at least a decade of the frame hanging here, wheels hanging there and the parts in a box; added drop bars and Retroshift levers to what I like to call The World’s Heaviest Fisher; and turned my old Trek 2300 into a fixed-gear bike.

How do you transform a derailleur-equipped bike with vertical dropouts into a fixed-gear machine? I used Eric’s Eccentric Eno hub from White Industries. If you look at the picture above, you’ll notice the cog isn’t centered around the bolt holding the wheel to the dropout; it’s below the center point. 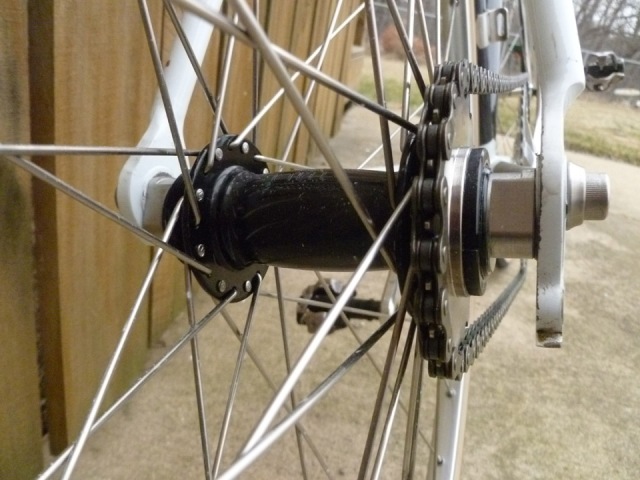 The off-center hub is a bit easier to see from behind. You loosen the allen wrench bolts on both sides of the wheel, grab one of the hub’s end caps with an adjustable wrench, turn the wrench until the chain is properly tensioned and then tighten the allen wrench bolts. Works just as advertised. If I were running a hand brake on the rear, I’d need a little longer caliper to reach the rim. 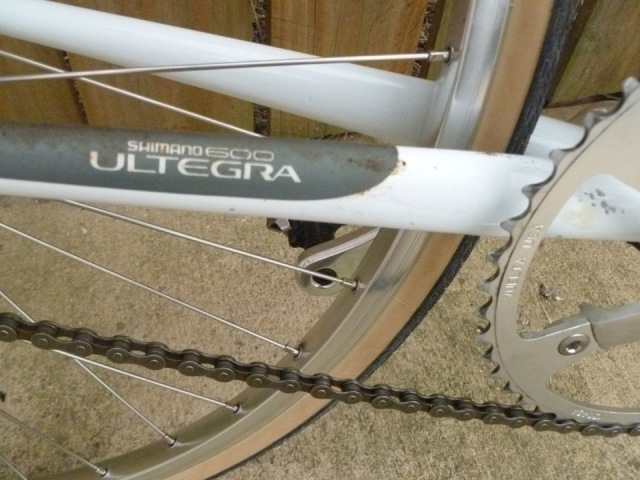 I originally bought this bike when I worked at Champaign Cycle in Champaign, Illinois. I believe the only bit of Ultegra still attached to this frame is the chainstay guard and the front hub. I ran a Dura-Ace crank from the beginning.

And the bracket for the front derailleur. The nutted fitting above the bracket on the seat tube is a water bottle attachment point. 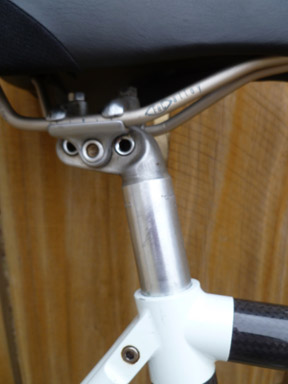 I’ve lost perspective on time. I asked somebody what happened to the nineties the other day. The joke used to be when you entered last year’s date on this year’s check. Now the joke is somebody’s still using checks. Above, a Campy Record seat post from the 1970s, holding a Terry Liberator Y saddle, reminds me that I’m not too clear on what happened to the 1980s, either. Nice thing about the Terry: the cutout in the center of the saddle makes it easy to reach the adjustment bolts on the top of the seat post. 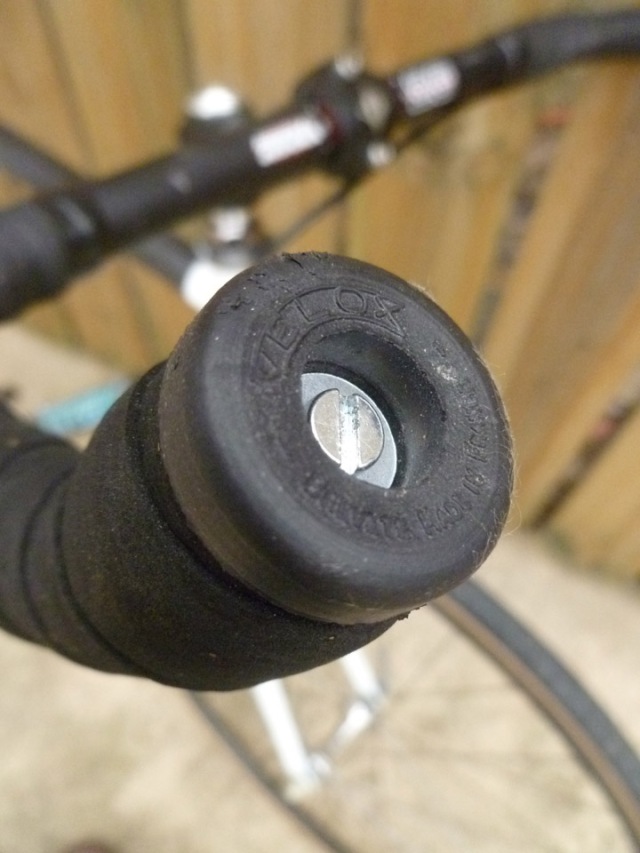 Another favorite part: a Velox handlebar plug. It’s the only French part on the bicycle–and the only French bicycle part that hasn’t been improved upon over the decades (I know some will disagree: Mafac RAID brakes are pretty cool, though no longer manufactured; and Jan Heine’s Rene Herse cranks are even cooler, though he built in some much-welcomed heel clearance compared to the original.) There’s only one plug on this bike. The other end of the handlebar is home to an inverse Tektro brake lever.

Former bicycle mechanic, current peruser of books, feeder of birds.
View all posts by 16incheswestofpeoria →
This entry was posted in Other bicycles and tagged Eno Eccentric, fixed gear, Trek 2300. Bookmark the permalink.

4 Responses to Running fixed gear with vertical dropouts: the Trek 2300